Sorry, I'm Canadian and a woman. I say sorry a lot. I've said sorry for bumping into inanimate objects. It's comes far too naturally. But it shouldn't. I've said it in the past that I need to say sorry less often and am constantly encouraging and reminding my daughter that she shouldn't say sorry unless she's done something wrong. A wrote a blog entry about two years ago when she was just learning the word. A new ad from Pantene is encouraging women to stop saying sorry. Ads are infiltrating our lives at every turn, so it's nice when one is actually positive. Yes, they are trying to sell shampoo, but that doesn't make it a bad message. 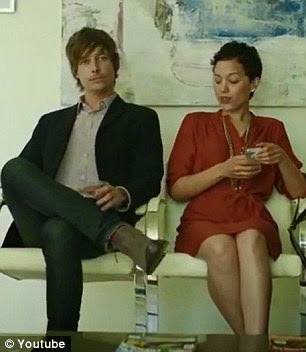 Women say sorry to start conversations, ask questions, for taking up too much space, for speaking and we need to stop. We don't have to punctuate our ideas or our needs by essentially saying, "I hope you don't mind, but...." I could go on but an article at Time.com about the ad and feminine art of apology is dead on. And here is the ad. Click on the links and watch the ad. It's worth your time.

Email ThisBlogThis!Share to TwitterShare to FacebookShare to Pinterest
Labels: feminism, self esteem

It's been a while since I wrote anything for this blog (I've been busy studying and will be again soon). But that certainly doesn't mean that there haven't been things to write about. Two of the most interesting feminist discussions in the past few months have been happening on Twitter with the hashtags #yesallwomen and #survivorprivilege. A little background on both in case you are unfamiliar:

#yesallwomen started as a response to the May 23rd Santa Barbara shooting and the shooter's misogynist rant before. Women (and men in support) started tweeting their experiences with objectification, safety, harassment, rape and rape culture, security and frankly simply what it means to be a woman today.

#survivorprivilege was a response to a George Will article in the Washington Post. Will, a staunch capital C Conservative, wrote that "when [colleges and universities] make victimhood a coveted status that confers privileges, victim proliferate." Rape survivors responded by sharing their experiences on Twitter.

Critics have responded to these hashtags and the discussions on Twitter (and the corresponding news outlets covering the phenomenon) that talk is cheap and that only action will move us forward. Some men mounted a #notallmen response to the #yesallwomen campaign, trying to negate women's voices or mansplain the situation to us ladies. But I have yet to meet a women who hates all men or thinks that all men are evil. We really are reasonable people who believe that the majority of dudes are good guys.

I am truly awed by the flow of tweets from both men and women and I don't believe that talk is cheap. I think those hashtags, particularly #yesallwomen due to both the volume and variety of tweets, have started a dialogue. Men who had no idea what women think about constantly (i.e., safety, etc.) and go through daily (e.g., fears, cat calling, etc.) now have some idea. My husband doesn't carry his keys like a weapon when he gets off the streetcar after dark, or assess the potential danger behind every corner, or have a cell phone at the ready at all times, or constantly look behind him, or assess the stare of every stranger, or make sure he keeps his head up and meet glances, though not for too long. He just lives. But that is how I, and every other woman, live, every day. Every year. Since we were too young to even really understand what the dangers might be. The dialogue has begun. Women know. Men are now starting to understand. And that's what we need. We need men who now understand to say, "Dude, that's not cool. Stop it." And that's when the dialogue becomes action.

Here are a couple of links to some thought-provoking tweets:
Time.com
Mashable
Feministing
Buzzfeed
Posted by Susan at 12:36 PM No comments:

I spent this past weekend in my pyjamas, wrapped in blankets, trying to rid myself of the flu. As one does under such circumstances, I watched copious amounts of television. I saw this commercial for Vicks Dayquil/Nyquil several times; each time it made me angry and by the final time I was vowing to never buy a Vick's product again.

This thing is teeming with sexism. The dad doesn't know how to comb hair, the boy is excited that mom is coming to his game -- but the kicker is the little girl, so excited that mom is going take her to the mall. And once again I have to say this is the subtle bullshit that we have to fight against, the little messages that will invade our daughters' perceptions of the world. Thanks a lot, Vicks.

Another year is gone. And yes, some pretty shitty things were said and done by people the world over in 2013, but in the spirit of positivity I want to focus on some of the amazing things that happened in 2013. This list is by no means exhaustive, comprehensive, in any particular order, or, well, anything other than I what I think are great strides forward. So here goes: 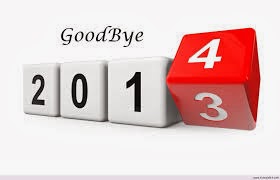 Here's looking at 2014. Maybe it will be the year we get Wonder Woman on the big screen!
Posted by Susan at 11:45 AM No comments:

Email ThisBlogThis!Share to TwitterShare to FacebookShare to Pinterest
Labels: feminism

Frozen: Two Princesses for the Price of One!

So, I'm a few weeks late on my review of the Disney movie, Frozen, but better late than never, right? I was so apprehensive about taking my daughter to see her first "princess" movie -- and this one had two princesses to deal with! I imagined a talk (or a few) after the movie about how girls don't really need boys to rescue them, or any number of issues I have with the whole princess enterprise. But I didn't need to. This movie is surprisingly good. 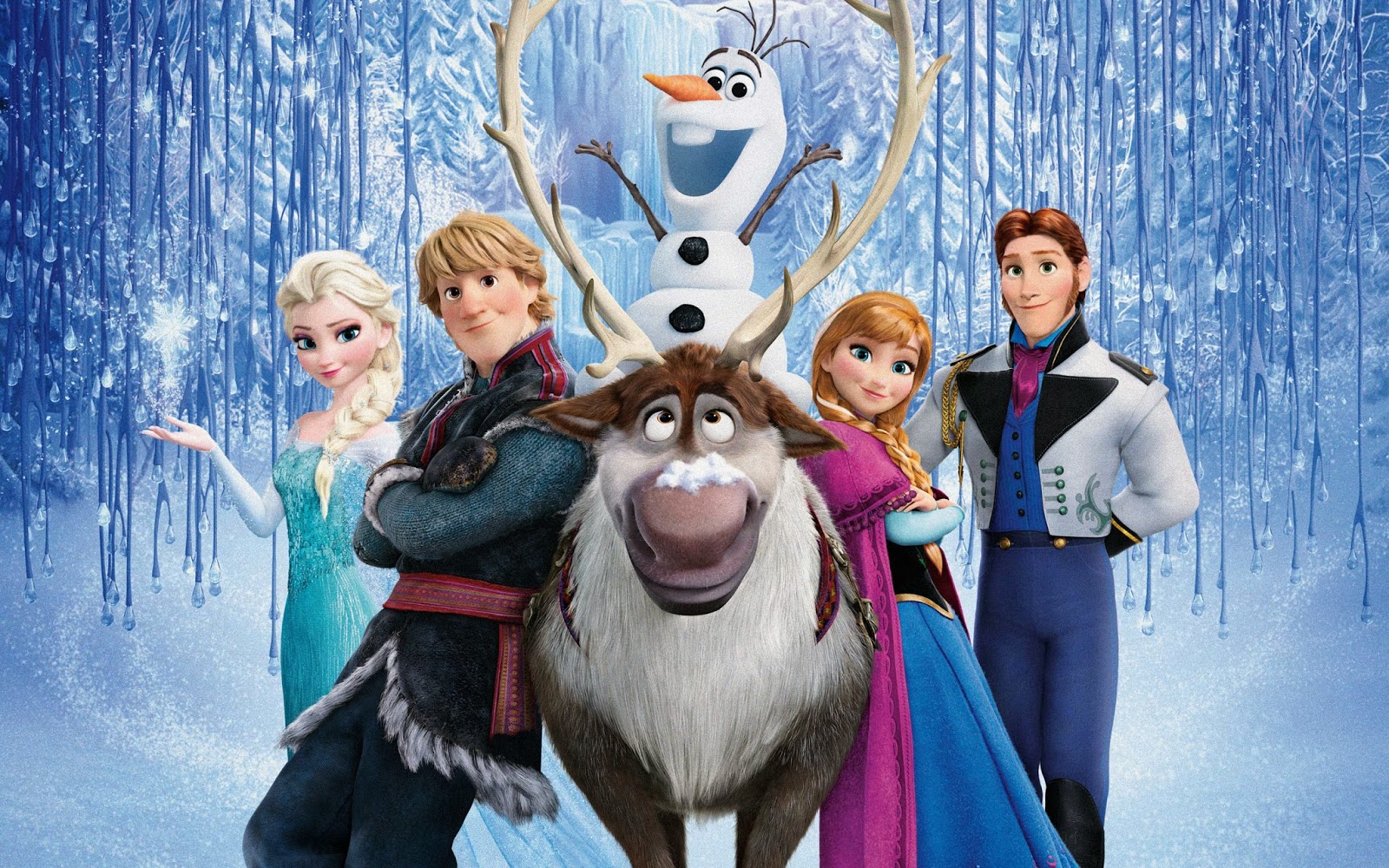 The princesses actually care about either other. They don't fight over a man. When unintentionally hurt by her sister, the only cure being an act of true love, the princess seeks out the person she thinks she loves (a prince, of course). But he's evil and tries to kill her. Damn, that sucks. And he had us trusting him! Though frail, she escapes and with the last ounce of strength she has she sacrifices herself to save the life of her sister from the same evil prince. Guess what? That was the act of true love she needed -- an act she did herself, that was self-sacrificing and for her sister, not for a dude. She saved herself! And she saved her sister! Score!

The size of the girls' waists could have been a little larger, but other than that it was all good. Two strong female characters, ruling over their queendom, no weddings at the end and even a little humour from a snowman. And, of course, the animation was amazing (spectacularly beautiful, actually) and so was the music. We'll be going to see it again. And I'm kinda looking forward to it.

And this little guy is awesome.. 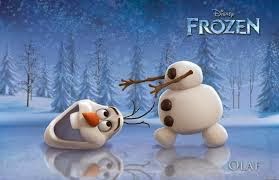 Lily Allen Is Back...

...And making us think and dance at the same time.

Lily's new song and video, Hard Out Here, takes aim at the bullshit that women have to go through to be "successful," gender stereotypes, the pop culture use of the word "bitch," slut shaming and insane body expectations. It starts with Lily undergoing liposuction, while her agent and the doctor question, how anybody could look let themselves go like this, with Lily protesting, unheard, that she has had two kids.The video pokes fun at so many videos with scantily clad women simulating not sex but porn, but in particular the video for the rapey Robin Thicke song, Blurred Lines. Spelled out in balloons in the Robin Thicke video: Robin Thicke has a big dick. Spelled out in balloons in the Lily Allen video: Lily Allen has a baggy pussy. Just awesome. 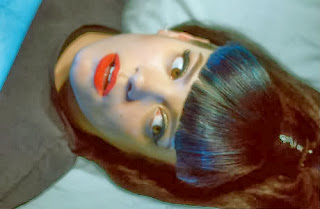 Here are a couple of great lines from the song (apologies if they aren't 100% accurate or that there is so much -- it's just soooo good):

Don't need to shake my ass for you
Cause I've got a brain
If I told you about my sex life, you'd call me a slut
But boys be talking about their bitches, no one's making a fuss
There's a glass ceiling to break, there's money to make
And now it's time to speed it up, 'cause I can't move in this space
...
You're not a size 6, and you're not good lookin'
Well, you'd better be rich, or be real good at cookin'
You should probably lose some weight, cause we can't see your bones
You should probably fix your face, or you'll end up on your own

Don't you want to have somebody who objectifies you
Have you thought about your butt, who's gonna tear it in two?
We've never had it so good, we're out of the woods
And if you can't detect the sarcasm, you're misunderstood


The song is fun, but it's also true (which is the case with most of Allen's work). I hope that some people who might not normally pay attention to Lily Allen's music, really listen to this one. It deserves it because it's good. And it's got a message more people need to be paying attention to.

Earlier this week the Globe and Mail ran a serious article titled, "When women outnumber men on campus: What it means for marriage." When I first saw the title of the article, I thought it was a joke piece and it was something from The Onion showing up in my Facebook feed. No, it is indeed a serious article written by a newspaper claiming to be Canada's national newspaper. I had to read it. 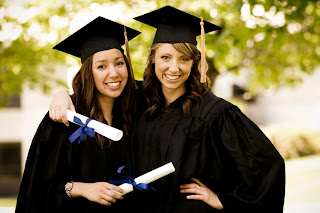 Yes, this was indeed a serious article, and yes, it is still 2013. Here's a quick taste:

I have so many problems with this short article that I don't even know where to begin and will probably only end up scratching the surface.

The author seems to be trying find a reason for lower marriage rates. Okay, here's the deal. I'll spell it out for you. Younger people are indeed putting off getting married and having kids until they are older. But many are choosing to not do either of those things at all. Or just one of them. My generation watched their parents and 50% of their friends' parents divorce. They don't want to go down that road and many are simply choosing to live with a partner rather than sign a piece of paper. And people today also understand that marriage and kids is not the only path available to them. Many men and women in the 60s got married right out of high school because they simply thought, "well, that's what you do." Well, it's not what we do. Families, marriages and partnerships are all changing. And that ain't a bad thing.

We need to be inspiring today's freshman to study hard, enjoy themselves responsibly, and explore and change the world. Not making them wonder whether there will be an engagement ring waiting for them after graduation.
Posted by Susan at 1:25 PM No comments: